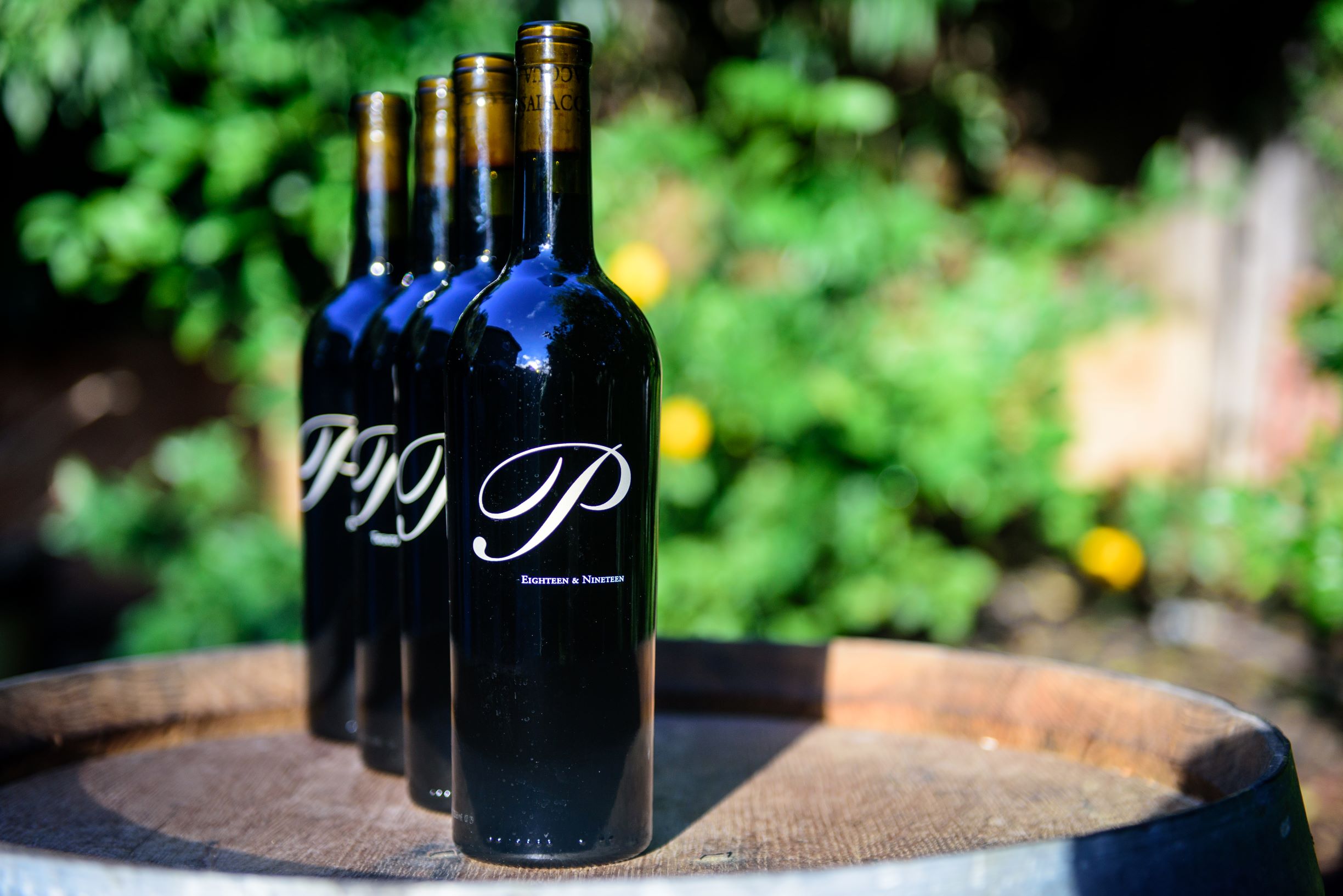 The winemaker's favorite child--Block Four--yielded a precious two barrels of its classic beauty in this vintage. Distinguished by its striking balance of grace and grandeur, the Block Four Cabernet is a dark fruit charmer vintage after vintage.

Block Four sits on a North facing hillside, exposing the grapes to gentle indirect sunlight throughout the growing season. This slow even ripening of the grapes brings out depth and density in the wine. The loam soils in Block Four are also sprinkled with a bit of rock that lends a nuanced minerality to the wine. This unique spot produces the signature Block Four fruit that we consistently select for its elegance and complexity.

In recent years, Block Ten has emerged in our Cabernet program because of its alluring texture and signature fruit profile. The 2017 vintage showcases this block's quintessential softness and delicate flavors, delivering a smoothness that borders on seductive.

Block Ten on the TR Passalacqua Ranch is on a gentle North facing slope that begins at the lowest point on the ranch. The indirect sunlight late into the growing season allows for slow even ripening of the grapes. This unique spot produces Block Ten's signature black cherry aromatics and silky smooth tannin structure.

It would not be hyperbole to state that Blocks Eighteen and Nineteen form the foundation of the Cabernet program here at Passalacqua. In our early years, these blocks composed a healthy portion of our Estate Cabernet, helping shape our signature tasting profile. And each year, we return to Blocks Eighteen and Nineteen as they continue to reward us with fruit marked by power, purity and style.

Our most concentrated Cabernet gets its intensity of flavor from fruit grown in the ideally shaped eastern bowl of TR Passalacqua Vineyard. This terroir rewards us year to year with an elegant, balanced Cabernet which has been the cornerstone of the Passalacqua Cabernet’s since 2004. Blocks Eighteen and Nineteen grow in rich red, rocky soil and the small bunches it yields, consistently have the focused, classic cabernet fruit and the powerful tannins you have come to expect from these vineyard blocks.

Exceptional fruit demands exceptional measures. The hedonistic bliss contained in the grapes of Block Twenty Three demands that this wine sees 100% new French Oak not just in the ageing process, but during fermentation as well. So off pop the heads of the new barrels and in goes gorgeous fruit--with the result being a generously layered and nuanced Cabernet that is the pinnacle of luxury and indulgence.

Block Twenty Three is the newest planting of Cabernet Sauvignon on the TRP Vineyard. Planted in 2009, it has topography like no other block on the ranch. There is hardly any slope to this bench that sits above all the other blocks, on the crest of a hill, overlooking the entire ranch. The brick colored soil is fertile and fed by an underground spring. Not only is this site unique to the ranch, but the winemaking is as well. We pick these grapes a little riper than the other blocks, which means a higher sugar concentration, and a darker fruit profile. We also barrel ferment the juice, which is a labor and space intensive endeavor, but pays off with lush integrated tannins, and bursting fruit.

When you are ready to order, SIGN IN and view your allocation.