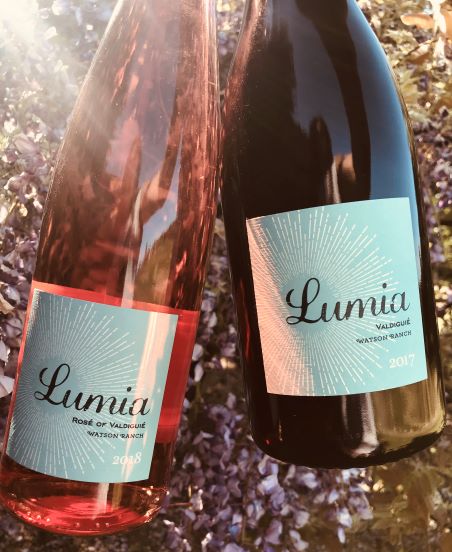 The Lumia story is really all about a love of Valdiguié. When I first started working with the Watson Ranch in 2012, it was to pick their Seventy year old Zinfandel and Carignane vines for my day job at Passalacqua Winery. I quickly discovered they also had old vine Valdiguié, which is a very rare thing to find. These beautiful old vines had been dry farmed, and mostly forgotten about for years. I leapt at the opportunity to snatch up the grapes and make wine from them. Then I realized I would need to create a label to bottle it under….and Lumia was born. The name Lumia to me conveys the vibrancy and lightness of Valdiguié, qualities I absolutely love about the grape.

Valdiguié, once incorrectly thought to be Napa Gamay, is a red grape originating from the Languedoc region of Southern France. It was once pretty widely planted in California because it produced a lot of juicy fruit that was bursting with flavor. Most plantings were ripped out once it was discovered that thse vines were in fact Valdiguié and not Napa Gamay, which makes it all the more special to find it here in Dry Creek.

Red or Rosé? I decided to have it all, and make it both ways. I pick the whole block at once and make a portion of the fruit into Rosé, and a portion into a red wine.